The client had approached us with a challenging request – create an oasis. She had recently bought a house built in 1981, the master bathroom had a soaker tub and a small shower.   We were to remove the soaker in order to create a two-person walk-in custom shower with its own lighting, music, bench, steamer, and exhaust system.   The exhaust system needed to be strong enough to handle the amount of steam escaping the shower when the door was opened.  We were also asked to make this a curbless shower.

The client had requested that we use as much glass as possible for the shower enclosure.  She also did not want to remove the existing floor tile in the bathroom itself, which has a beige pattern.  We went with a darker scheme to allow the new shower to stand out of the beige and also to create an intimate feeling.  Marble was selected for shower walls and matching ceramic tile for floors and ceiling.  Marble’s natural pattern of different shades of gray and white and different play of shapes gave a rich look to this custom shower.  The continuous flow of color from ceiling to walls to floors almost makes it seem as if this custom shower was carved out of the existing space.  And because of large glass panes, when the shower is filled with steam it turns into almost a lantern-like box. Matching granite was selected for benchtop and his/her custom shower niches were carefully placed and designed to be a comfortable height for users.  Glass all around the shower had to be floor to ceiling and sealed well in order to keep the steam from escaping.  The client was wowed at the result.

The main challenge we ran into with this shower is it needing to be curbless. This is quite a challenge in existing spaces. We had to cheap the existing foundation in order to achieve enough slope to create proper drainage.  The shower has a French drain that disappears with the floor.  Another challenge was the installation of the steamer system.  The generator itself was installed in the attic space.  The electrical wiring needed to be pulled from the generator to the control panel within the shower cavity.  Water pipes too needed to be insulated and spanned between the steamer generator and the steamer head. 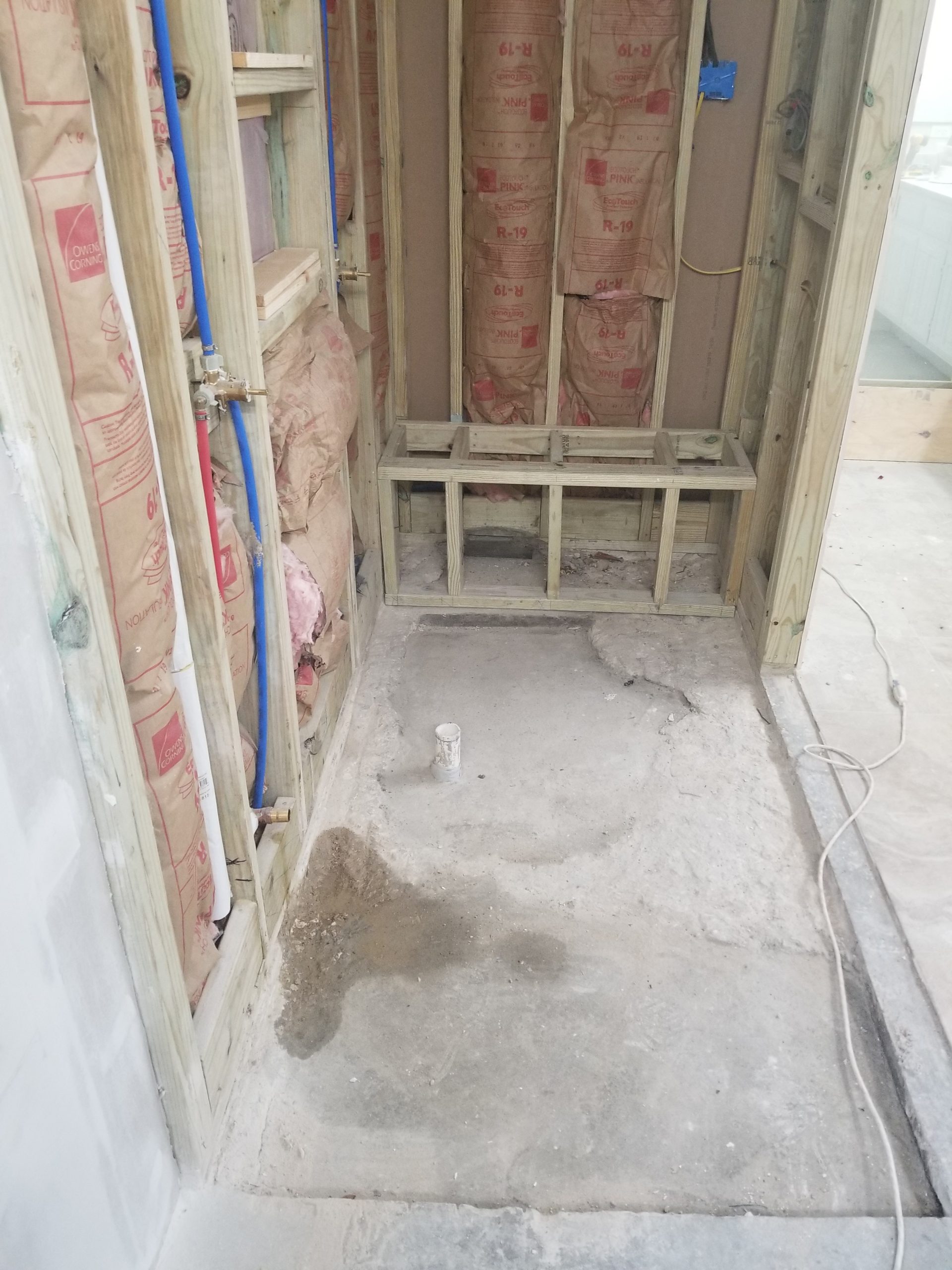 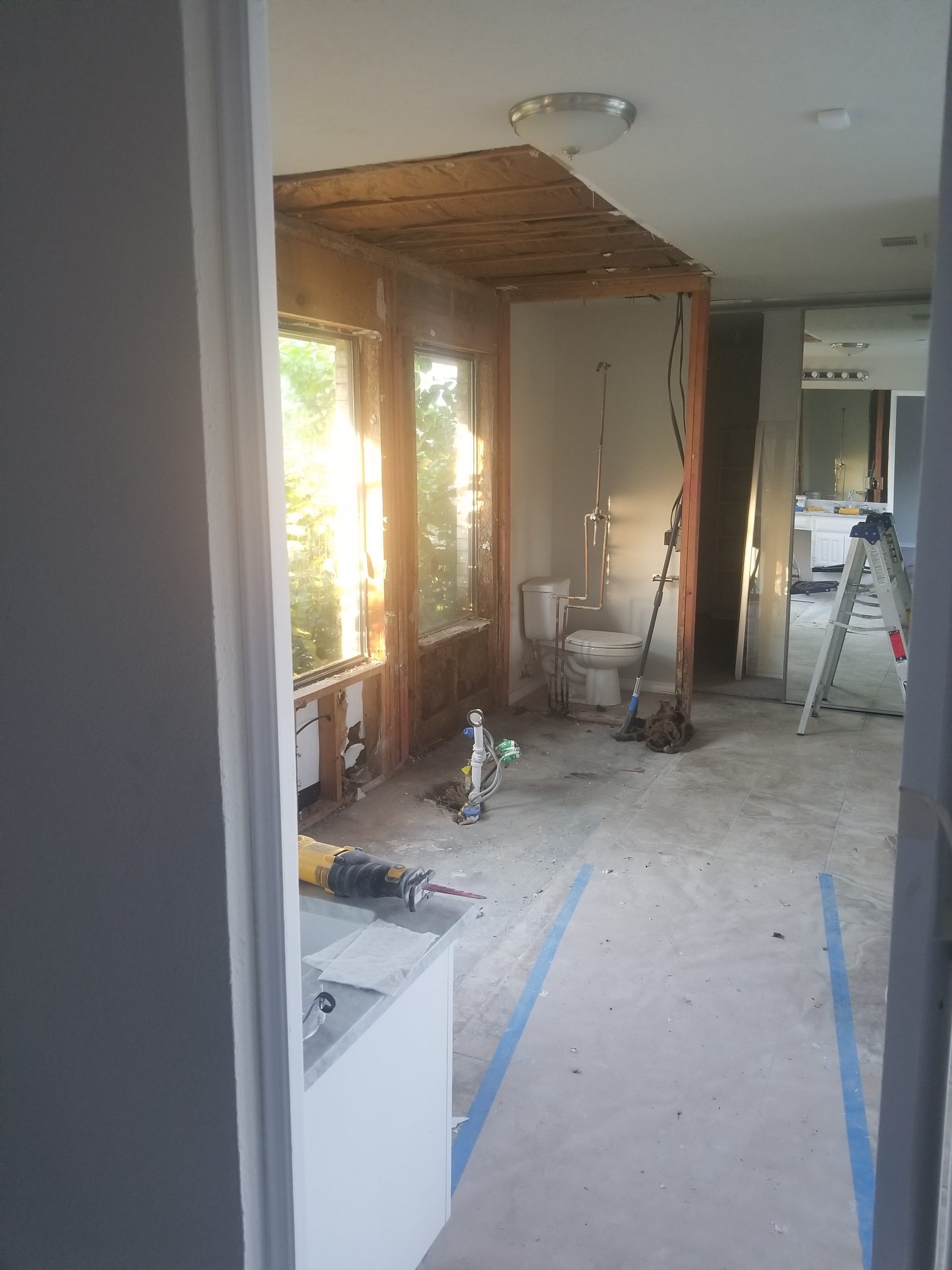 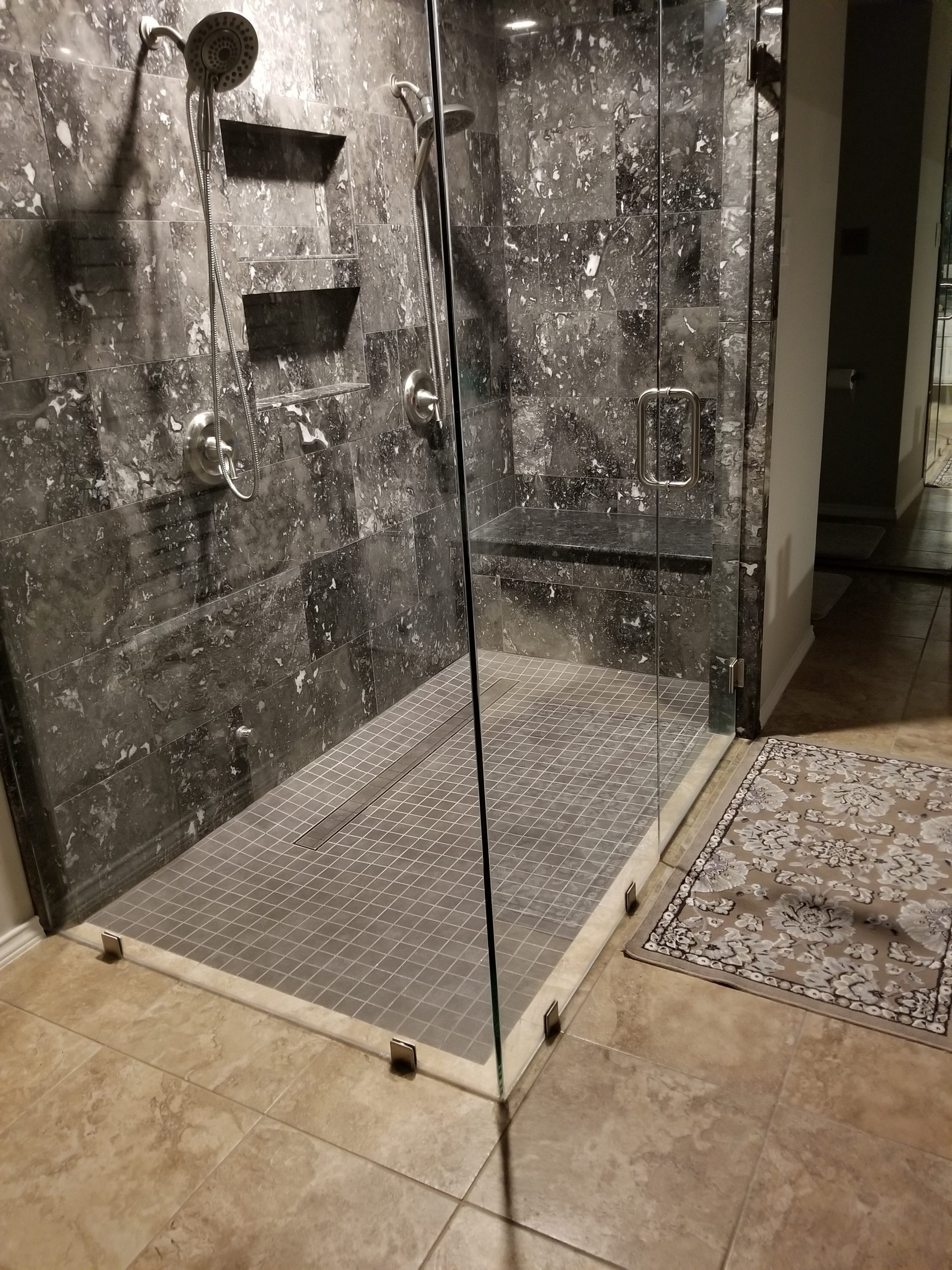 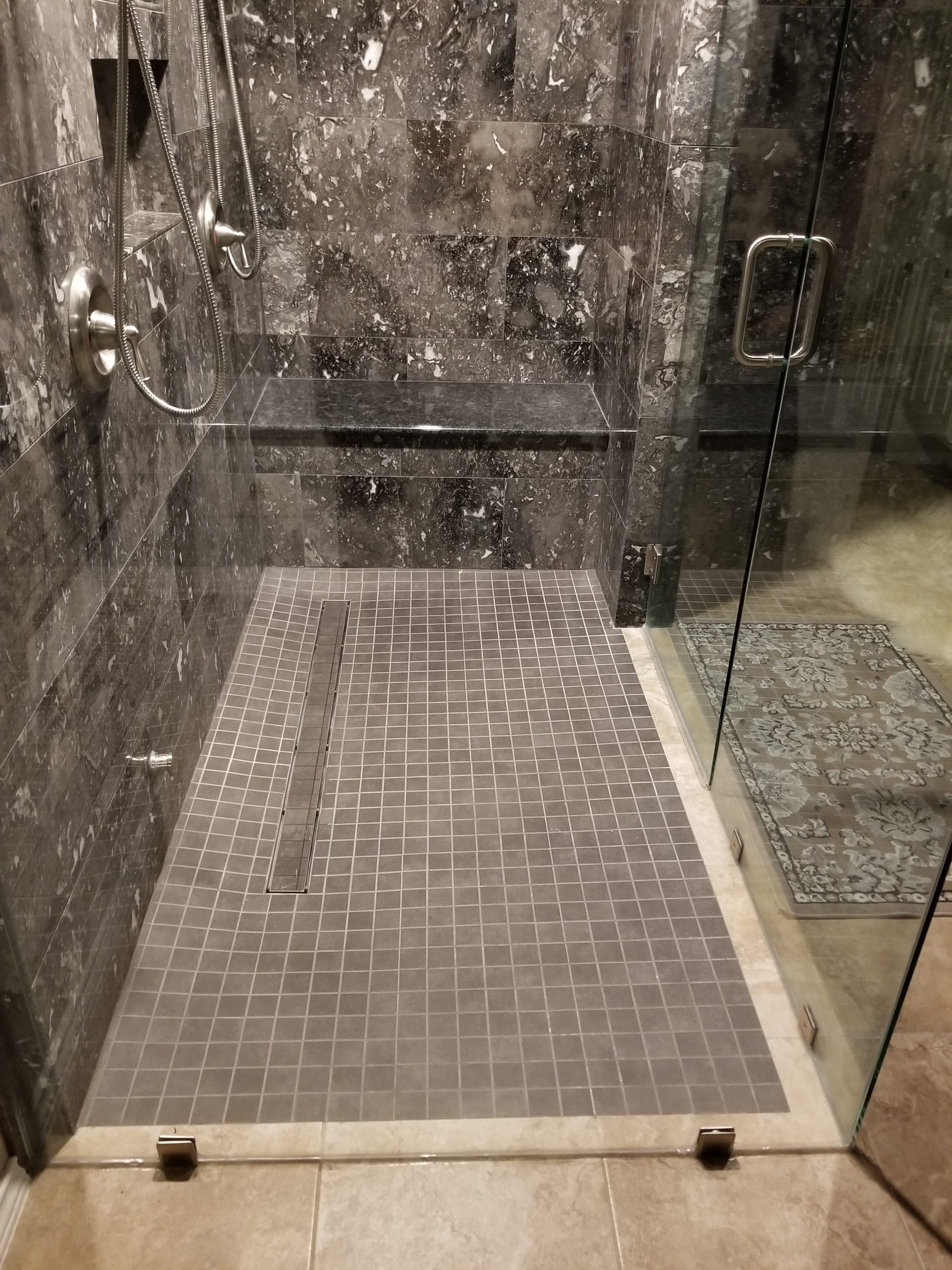